Tired of playing the same old tree hugging elf archers? Does the thought of playing another grumpy dwarf with a beard and a battle axe make you yawn? Want to play an orc that isn't a bloodthirsty brute with the brains of a bean? Then step into the world of Mabori!

Long ago the gods of this world created the races from the four classical elements of air, earth, fire, and water. However, they were cut off from their creation through the actions of the demon lords. In order to aid their children they sacrificed themselves to the cosmos in order to bring their wisdom to those wise enough to find it. After years of war the children of the elder gods finally drove the demon lords back. After centuries of relative peace the demon lords are ready to begin a new conquest. The question is will they succeed this time? Or will brave heroes again rise to the occasion and set things right?

Elemental Cross is a systemless setting designed for use with any fantasy role playing game. It has been designed to provide an alternative to traditional fantasy settings. Instead of incorporating all of the same old stereotypes that have been around since the days of the boxed set Elemental Cross dares to be different! Inside you will find:

-Guidelines for creating characters for the Elemental Cross setting -Information on gnostics, Elemental Cross' version of the cleric
-Rules for how the changing of the seasons influences the races of Mabori
-Over 80 pages describing the nations of the world
-Finally, in the world of Elemental Cross death is not the end of a character's adventures! You'll also learn what happens to the soul after death and how to run adventures in the afterlife. 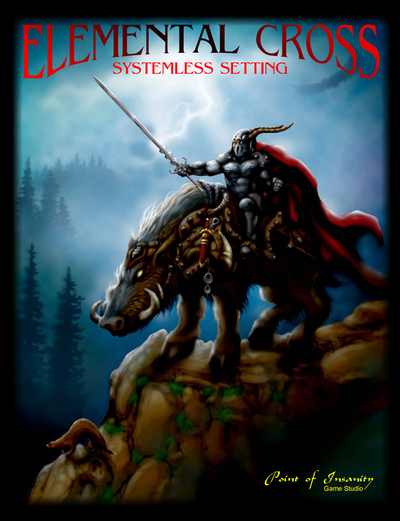 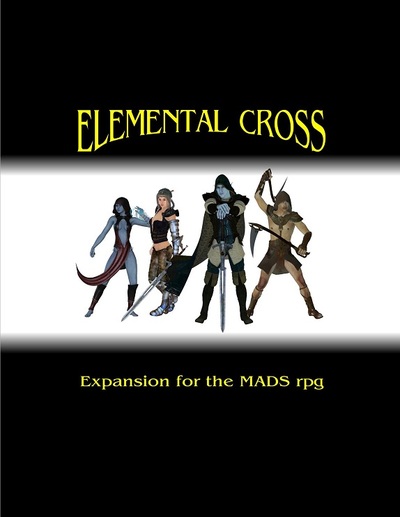