Mazes & Missions:Running short of ideas for your gaming group? Need something to do for an evening that doesn't have anything to do with your main campaign? Want to get your players up a level before your adventure's final encounter? Need a map to represent the super villain's secret base? Then this product is for you! Mazes & Missions is a universal role playing supplement for game masters running any system.


Mine of the Goblin Horde: Hard times have fallen upon Wolfden. Several children from the surrounding farms have disappeared and the last rescue party was attacked by lizard men. Bandit attacks are on the rise and no one can do anything about it. Now you and your fellow adventurers are the only hope for this once peaceful village and the missing children. Mine of the Goblin Horde is a systemless fantasy adventure designed for low level characters, written with an "old school" dungeon crawl feel in mind. It is appropriate for starting a new campaign or for inserting into an existing one. This product contains a PDF and a rich text file Event Planner to help you plan each encounter.

Fisticuffs: Fisticuffs is a short adventure written to be used with any game system. It is equally appropriate for a small group of adventurers or as a solo mission. This adventure draws the characters into an underground fight circuit where they must battle for their lives against other fighters and a violent criminal boss. Fisticuffs may be modified for use with any character level. This product is available as a free download on my Drivethrurpg store in two versions: a generic version and one written for the MADS rpg.

Small Town Hero: Stonewell is a small town with big problems. Crime has been on the rise and to make matters worse it has been subjected to several attacks by low level super villains. The police force is not equiped to deal with such threats. Fortunately, there is hope-you!

Small Town Hero is an introductory level super hero adventure written with no particular system in mind. It contains a fleshed out adventure, optional encounters, a player's guide to cover the common knowledge of Stonewell, a game master's guide detailing little known secrets and noteable NPCs, an event planner, and lots of ideas for future adventures in a small town in need of a big hero.

The Sword of Three Parts: This is a systemless fantasy adventure designed for mid-level characters. Legends say long ago the gods broke a powerful sword into three parts and hid it in a dungeon filled with traps. Do you have what it takes to re-unite the sword? 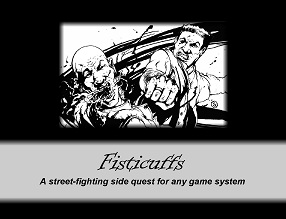 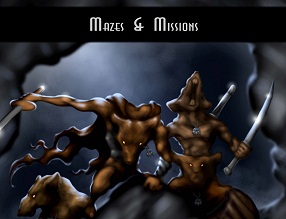 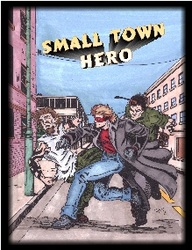 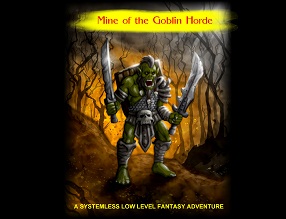 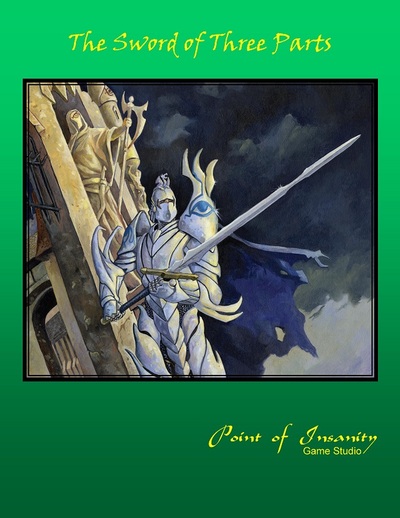