In the distant future the people of Earth learned they were no longer alone. Their world lay in ruins after an invasion by the evil Grovastian Empire. Genocide seemed inevitable, and when all hope seemed lost assistance came from the stars. The Alliance came to our aid, and after the Grovasti were driven back we joined them. A new galaxy is now open to the people of Earth, filled with worlds beyond imagination.

Planets is the third systemless setting released by Point of Insanity Game Studio. It contains 40 planets for you to use in a space opera style campaign. You may use them in an existing campaign or use the information provided in this product as is. Planets contains 12 character races and a galaxy divided into six sections:
-The Alliance, a federation of allied planets seeking to promote peace and justice within its boarders.
-The Neutral Sector, consisting of a group of planets that have signed a treaty but lacking the unity of the Alliance.
-The Grovastian Empire, who seek to wipe all other species from the galaxy.
-The Sagadonian Empire, an imperialistic Empire that has taken over and incorporated many other civilizations.
-The Far Sector, a region of the galaxy that is mostly unexplored.
-The Dead Sector, a region of space with few worlds capable of sustaining life.


There are currently two free supplements for Planets. These supplements are for players and game masters wishing to use either the TIMESPaN or MADS role playing games as their rule set for their Planets campaign. Both supplements can be downloaded from either DrivethuRPG or RPGNow. 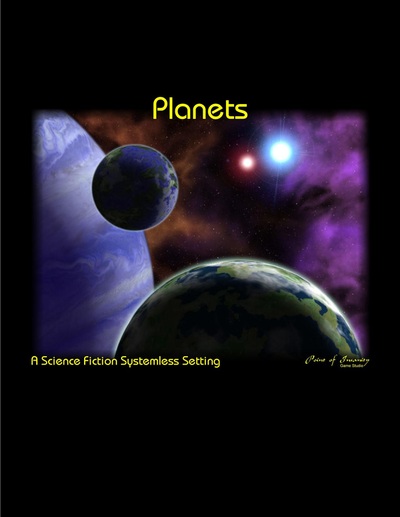 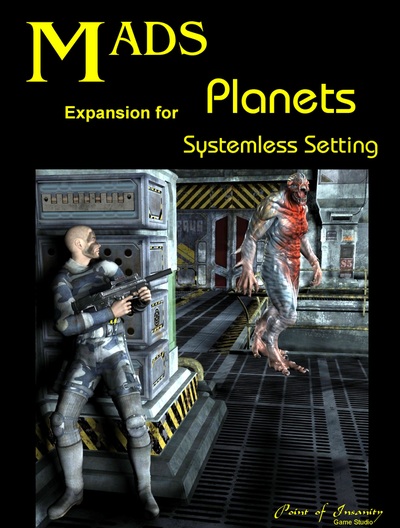 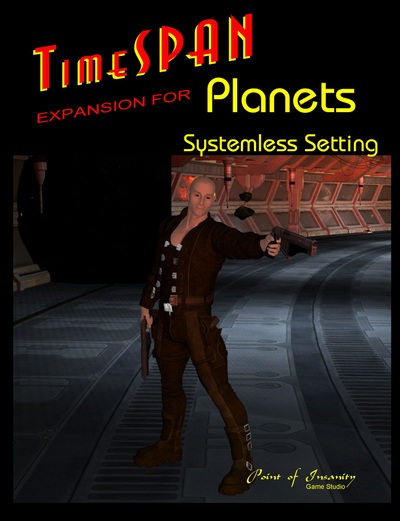 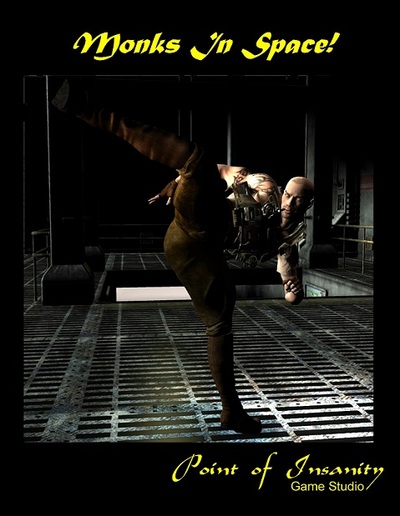